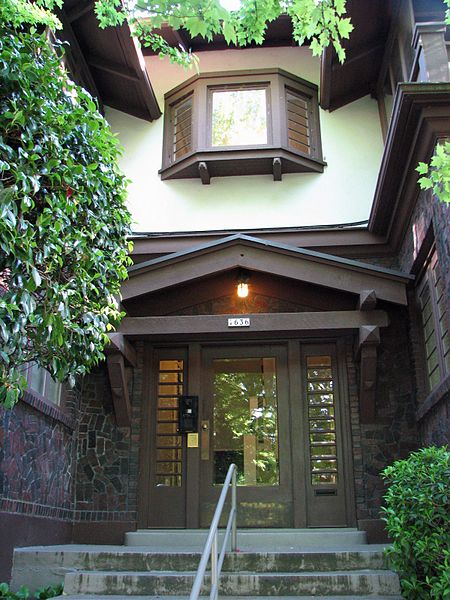 Entrance to the F.E. Bowman Apartments. From Wikipedia. Image by Werewombat, 15 May 2008