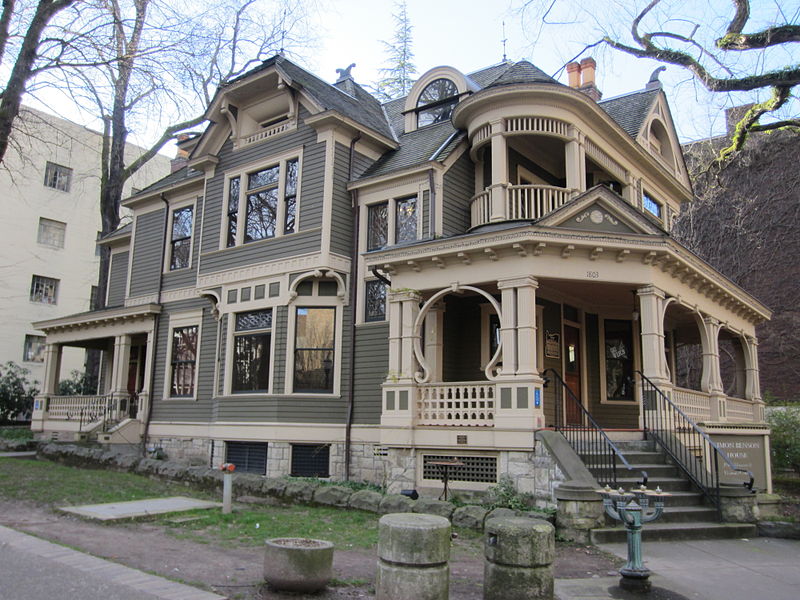 Simon Benson House. From Wikipedia. Image by Another Believer, 4 Feb 2012.

Entered into the NRHP: 25 Oct 2002
Classified as Queen Anne, this home was built in 1900.
PSU Site regarding it's history, and how it came to be at Park Avenue http://pdx.edu/alumni/the-history-of-simon-benson-and-his-house